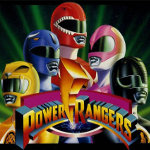 Mighty Morphin Power Rangers is the title of five different video games based on the television series of the same name, which were released for the Super Nintendo. The SNES version of Mighty Morphin Power Rangers is a side-scrolling action game composed of seven stages, with two different gameplay styles. In the initial five areas, the player controls one of the five original Power Rangers (Jason, Zack, Kimberly, Billy, and Trini) as they're sent to a location that is being invaded by Rita Repulsa's Putty Patrolers. The player begins the area as their selected character's civilian form, who will fight enemies using their unique hand-to-hand fighting style. When the player confronts that level's boss, they morph into their Ranger form, which fully refills the health meter and enables a greater range of attacks, wall jumps, and body blows. As a Power Ranger, the player is armed with that Ranger's signature Power Weapon and a special "bomb" attack which damages all enemies on the screen. The bomb is a one-time attack and can only be replenished by picking up a rare "bomb" item in the stage. Have fun playing Mighty Morphin Power Rangers online! More info: Wikipedia